Sunday marked another successful Belfast City Marathon. With over 12 individuals running in aid of TinyLife, all with their own amazing stories.

This week we want to bring you one of those incredible stories… Lesa Adair and her sister completed an 8-mile walk of the Marathon in aid of TinyLife. Lesa is mummy to two amazing Premmie twins Rory and Sophia and this is their story…

”My name is Lesa Reid and I am twin mummy to Sofia & Rory.

I had 2 miscarriages before I fell pregnant with the twins.  I found out at 6 weeks that I was expecting 2 babies as I was booked in for an early scan and the morning off the scan, I started to bleed just like the previous 2 pregnancies.  The relief when the midwife told me that the heartbeat was present and then she turned to me and said ‘and there’s the other one!!!’  I wasn’t even shocked if I am being honest, the sense of relief was overwhelming!  I got reassurance scans every week up until the 12-week scan in the twin clinic.

We were told as a twin pregnancy is classed as a high-risk pregnancy that I would be scanned every fortnight.  We were able to tell our families at this point and lived in the lovely bubble for 4 weeks until we went in for the 16-week scan.  The consultant who was scanning me told us that twin 2 (Rory) had lost pretty much every drop of fluid around him for some unknown reason and that we would lose him!  We were told that with no fluid, he was at risk of everything and underdevelopment and I would miscarry him and he would just be absorbed into my body.  And that twin 1 at this point was progressing nicely.  To say it was a shock was a total understatement.  I took the view as I had bonded with both of them from the 6-week mark that as long as his wee heart beating, we would deal with whatever was threw at us!  We went back weekly for scans as they expected Rory not to survive.  I spoke to our twin midwife who told me about a twin mummy before in the same situation who ate a high protein diet and both babies made it.  She hammered home that there was no medical or scientific evidence to support it but that it worked for that Mummy.  I did just that and I educated myself on high protein foods and ate those the whole way to delivery.  Rory totally astounded everyone.  My consultant desperately wanted me to get to 34 weeks for delivery but I ended up in and out of hospital from 29/30 weeks and we had a scan booked for 31+6 and it was then that the decision was made to book the elective Caesarean for 32 weeks, the next day.  I have never been so scared in my life as I didn’t know what way it was going to go as I had been warned that if both survived, both would be taken to Intensive Care straight away.  The morning of the section, I was taken into theatre and I just remember there being so many people in it.  There was a team for me, a team for Sofia & a team for Rory.  Sofia was born at 11.39am weighing 4lb 2oz and Rory was born 2 minutes later at 11.41am weighing just 2lb 11oz.  They were both so small but both breathing albeit needing a little help.  Both were taken to Neonatal ICU straight away and I went to recovery.  I got to see them later on in the day and it was so emotional as I couldn’t hold them straight away, I could only touch them in their little incubators.  Sofia spent 3 weeks in Neonatal and Rory got out after 6 weeks.  Those days were so long but we were so glad to finally get starting our life as a family of 4.  The staff in Ulster Hospital Neonatal were outstanding and major credit to everyone involved!

I decided to express my milk as I wasn’t able to breast feed them myself as they were so premature and fed through tubes for a good while but it was really important to me that they got my milk with all the goodness in it that they needed to get best start for them in life.  I was told about Tiny life and that they were able to loan hospital grade breast pumps to premmie mummies.  It was a total lifesaver for me as it was much quicker than the little pumps you would buy in the shops.  A small donation was asked for and I always said that I would like to raise some money in the future for Tinylife for mum’s like me who would benefit so much from borrowing the hospital grade pump.  Before Rory was discharged, Denise who was the Tiny life support worker at the time gave me a fantastic box of goodies for me containing body cream and lovely shower cream and just goodies for myself.  It was such a lovely touch and just totally lifted me that particular day.

Sofia, Rory, myself and my family did the tiny life walk back in September 2019 and then Covid hit so when I heard about the walk in the Belfast Marathon, I decided that I had to do it.  My sister Lindsay is also doing it with me.

Rory has been through 3 major operations from then but is thriving and the bond between Sofia & Rory is just amazing.  They were 4 in April and will be starting Primary School in September.” 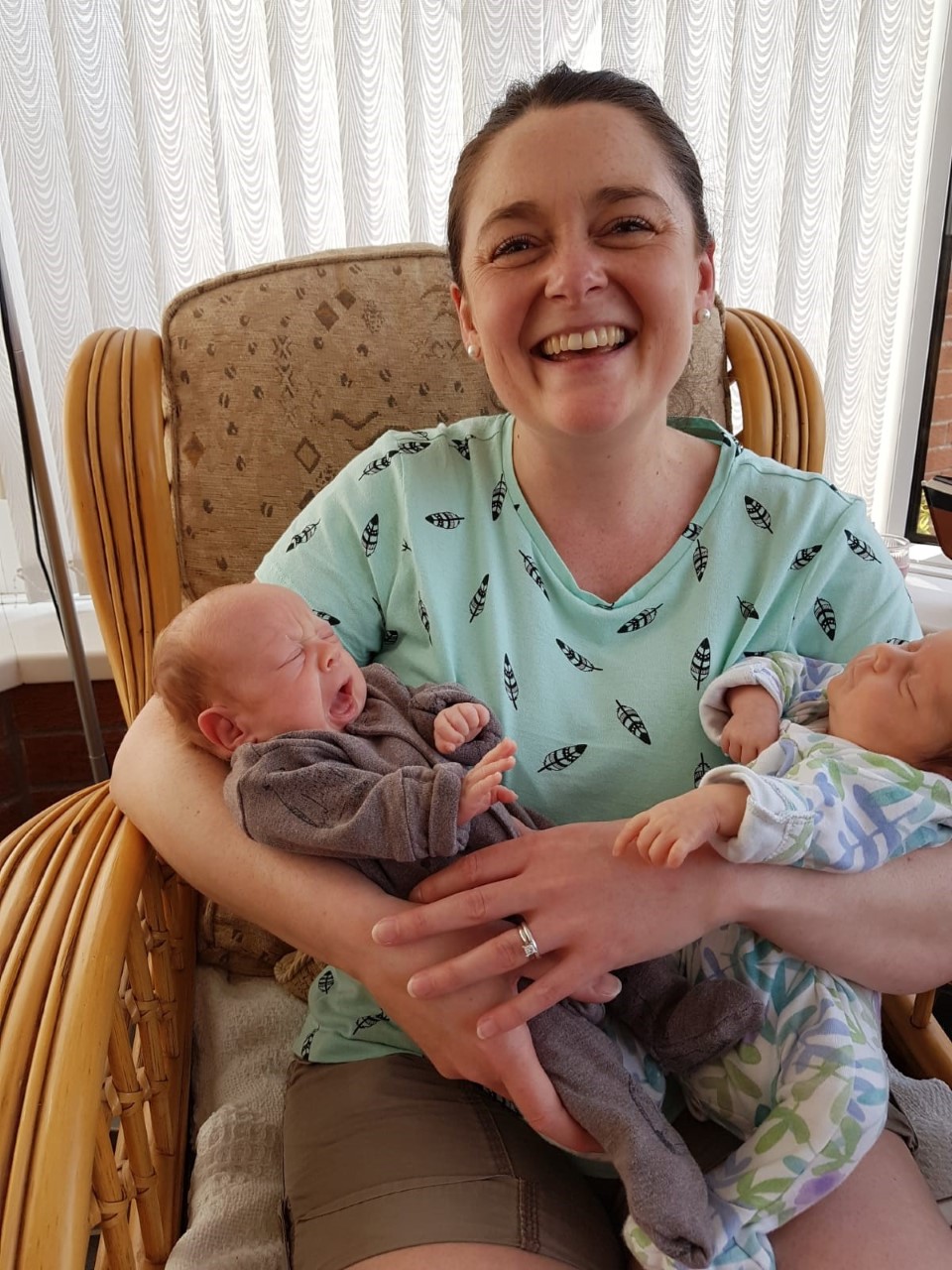 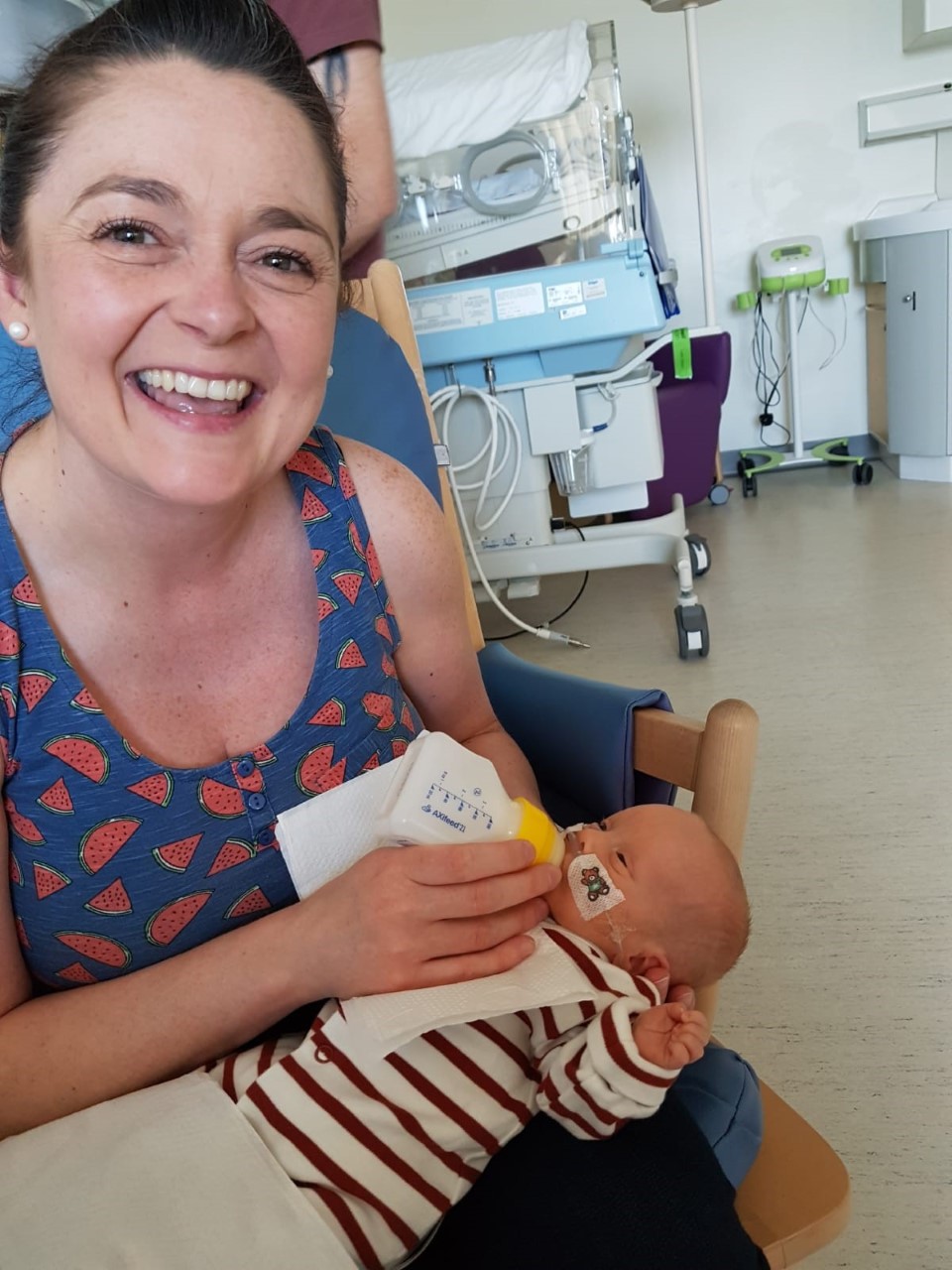 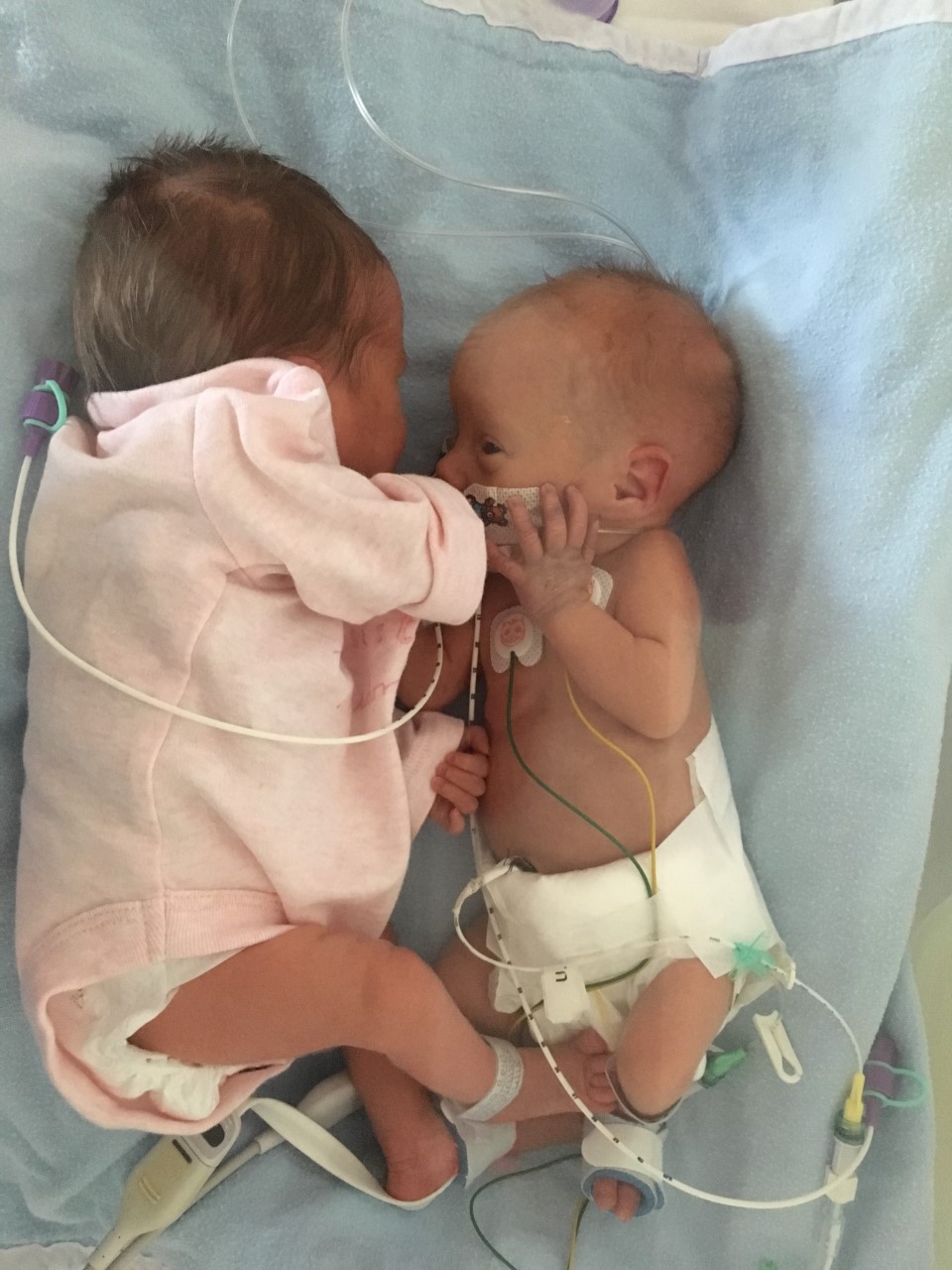 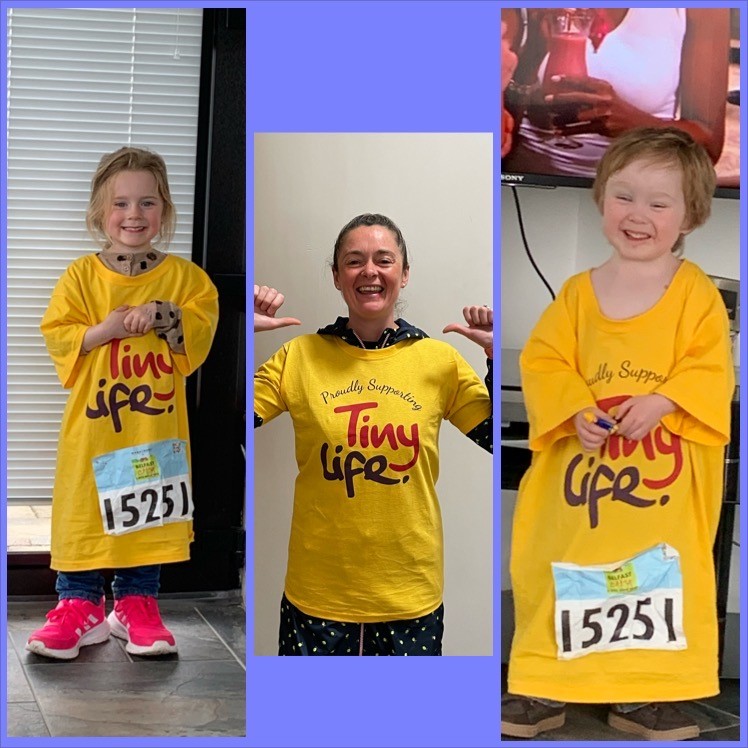